Aso City promotes “ZEN” as a brand for regional promotion and tourism. 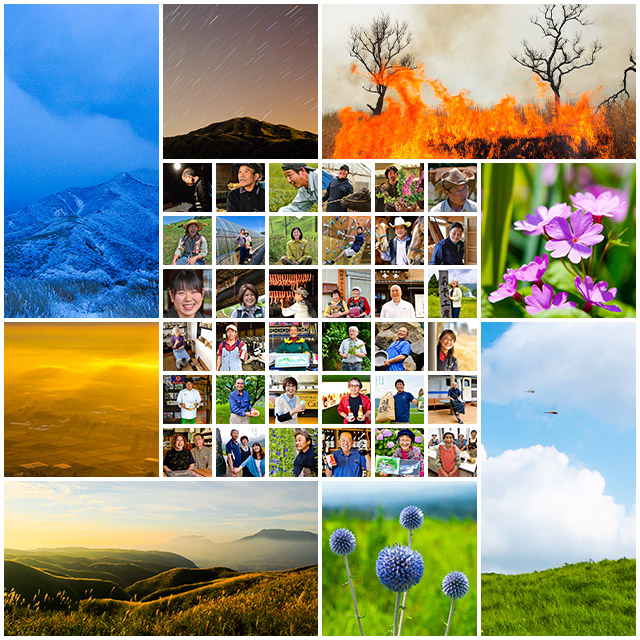 Preciousness of arugamama (being as it is).
Aso where people and nature collaborate.

Aso’s brand for promotion and tourism.
It represents Aso’s environment such as
the magnificent nature, fertile land, and clear water;
the products obtained from there;
and the skills of people who make them.
What all these have in common is
the originality and fertility unique to Aso.
Such values of ours are reflected in the word “zen”
which means “genuine” or “as it is” in Japanese.

ZEN is a PR initiative to communicate Aso’s blessings,
promote the region, and attract tourists.

It is based on the idea that the life of people living with
nature’s abundance, such as rich land and beautiful water,
is itself Aso’s wealth and pride.

Grassland spreading far and wide, fertile land, clear water…
Live with abundance of grand nature “as it is”.

Harvest from land and knowledge

Harvest by making use of Aso’s unique environment
and bringing out innovative techniques.

Each person builds something valuable,
with their own method and will.